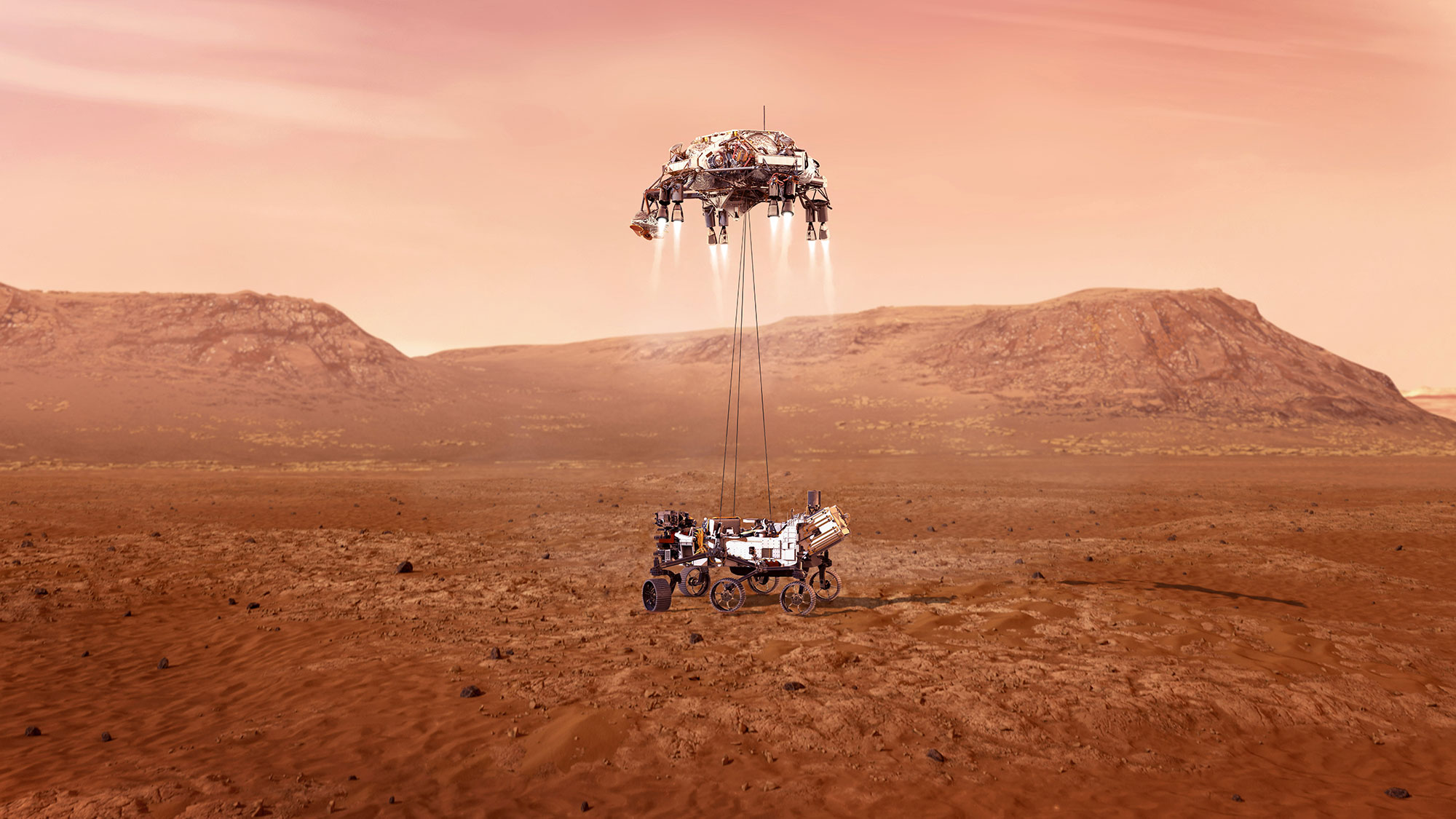 We are joined by Tiaan Strydom, the Business Development Manager at the South African National Space Agency (SANSA) to discuss the landing and SANSA’s role in it, as well as various other contributions SANSA is making to space exploration.

During the landing, the rover will enter the thin Martian atmosphere at over 20,000 km/h. The rover will be slowed firstly by a parachute and then by boosters to slow the rover down to about 3 km/h.

Finally, the rover will land using a sky crane manoeuvre, the descent stage will lower the rover on three cables to land softly on six wheels at Jezero Crater.

Perseverance also is carrying a technology experiment – the Ingenuity Mars Helicopter – which will attempt the first powered, controlled flight on another planet.

Coverage of the landing will be streamed live from 21:15 SAST at the link below: